With the pilot project Amorgorama the Professional Fishing Association of Amorgos wants to find a sustainable approach to cope with the problems of the continously increasing pollution of the coasts by plastics as well as the overfishing in the Agean Sea.

In order to give the shoals time for regeneration, the fishermen do not want to fish in April and May. In these months most fish species reproduce and this process should be given the necessary time. But the fishermen need a paid job to work the boats during these months.

That is why they want to raise the necessary money by donations to pay the fishermen to clean up as many bays as possible in spring 2021 and at the same time offer the underwater world a break for regeneration.

We are proud contributing to their efforts!

UPDATE!
The crowdfunding campaign has just STARTED!
The time has come for all to support the project Amorgorama with their contribution!
The initiative aims to raise more funds in order for the local fishermen to cease fishing during April and May (when most fish species reproduce) and turn to collecting litter from coasts of Amorgos that are only accessible by sea.
Visit the campaign and share it:
fundrazr.com/amorgorama2021

LATEST UPDATE- SPRING 2021!
So happy and proud to report that the Professional Fishing Association of Amorgos has started its actions in April 2021 with great success! The fishermen of Amorgos decide to let fish reproduce, while at the same time they contribute to reducing the plastic pollution in the Aegean sea.
Volunteers, the youth of the island, gather to help and they don’t mind having to walk the large paths of the island to reach the beaches that the cleanups are happening. More than 5 missions until the end of April 2021 and Amorgorama continues successfully.
Three collection bins have been placed on the island, in which fishing nets will be collected, instead of being thrown in the trash or ending in the sea. These nets will be sent to experts who will then facilitate the process of recycling and upcycling them into beautiful projects.
And there is more..
In September, we will support the provision of fishermen with new fishing gears, more sustainable ones. The new nets will have bigger ‘eyes’ which will not let them catch smaller fish.

This initiative is supported by the CPF, as well as by our partners Enaleia and the Municipality of Amorgos!
Check out the latest updated here: https://amorgorama.com/documentation/ 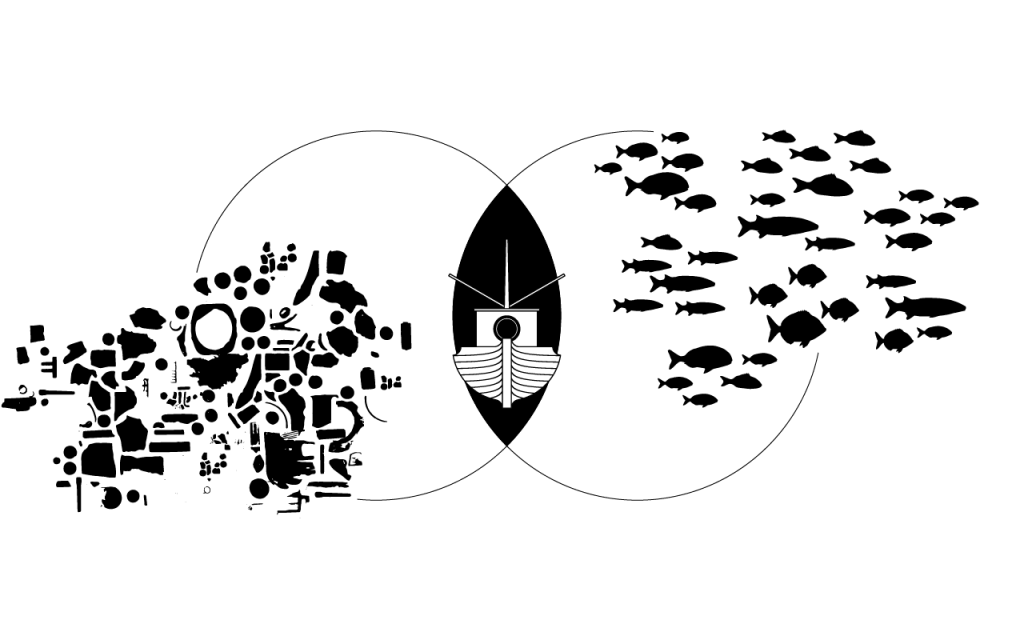 In cooperation with artist Florian Reiche (DE/AT).
Backround photo credits: Y.Issaris
Back Next